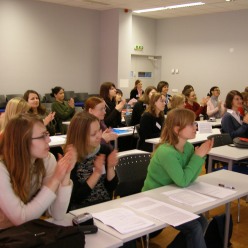 The women during the project were taught to find out more about civic and women´s rights.

To achieve this goal different activities were organized:

With the development of this project, we achieved the following results: